In l´Eixample, one of the quintessential neighborhoods of the city of Barcelona, where the highest number of modernist homes are found in the Catalan capital, we find this sensational, recently renovated home. 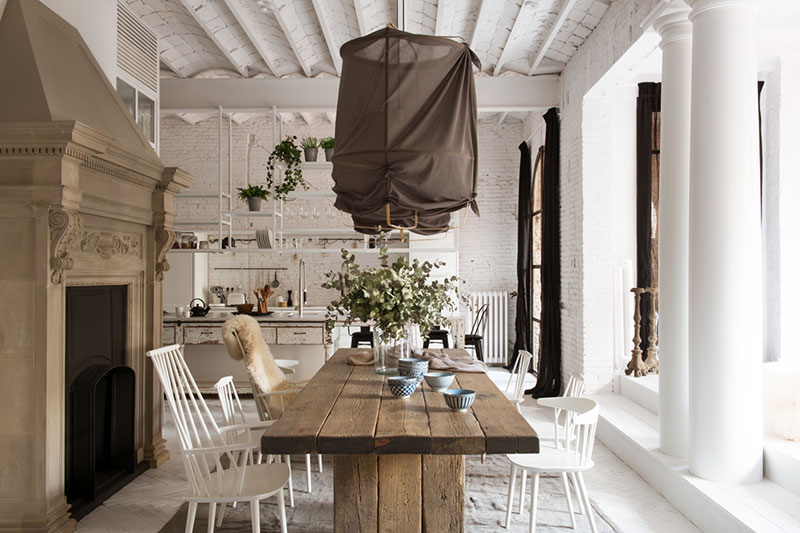 The interior design studio of Marta Castellano-Mas was tasked with the renovation of this home built at the end of the 19th century, together with the architecture firm Serrat-Tort, to convert two apartments into one single residence. In the process, they made it more spacious and enhanced its original structural elements, such as the large chimney, herringbone pattern oak parquet flooring, moldings, windows and doors, and Catalan vaulted ceilings, as the key elements around which the entirety of the renovation was conceptualized. 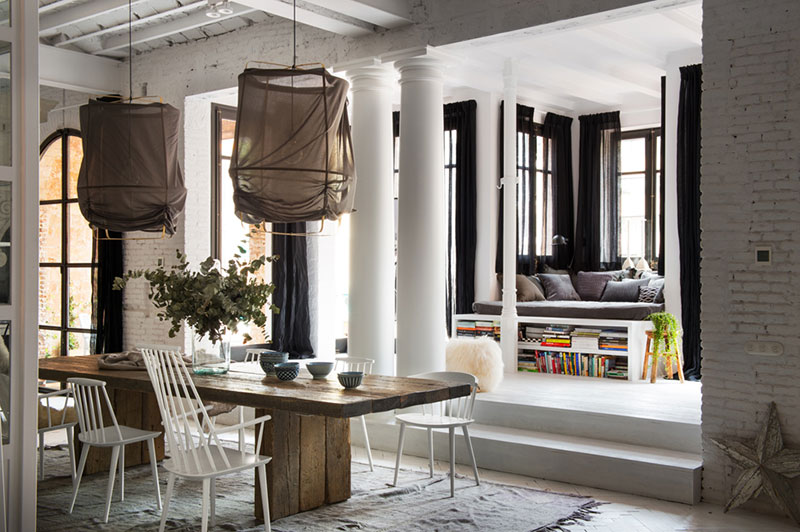 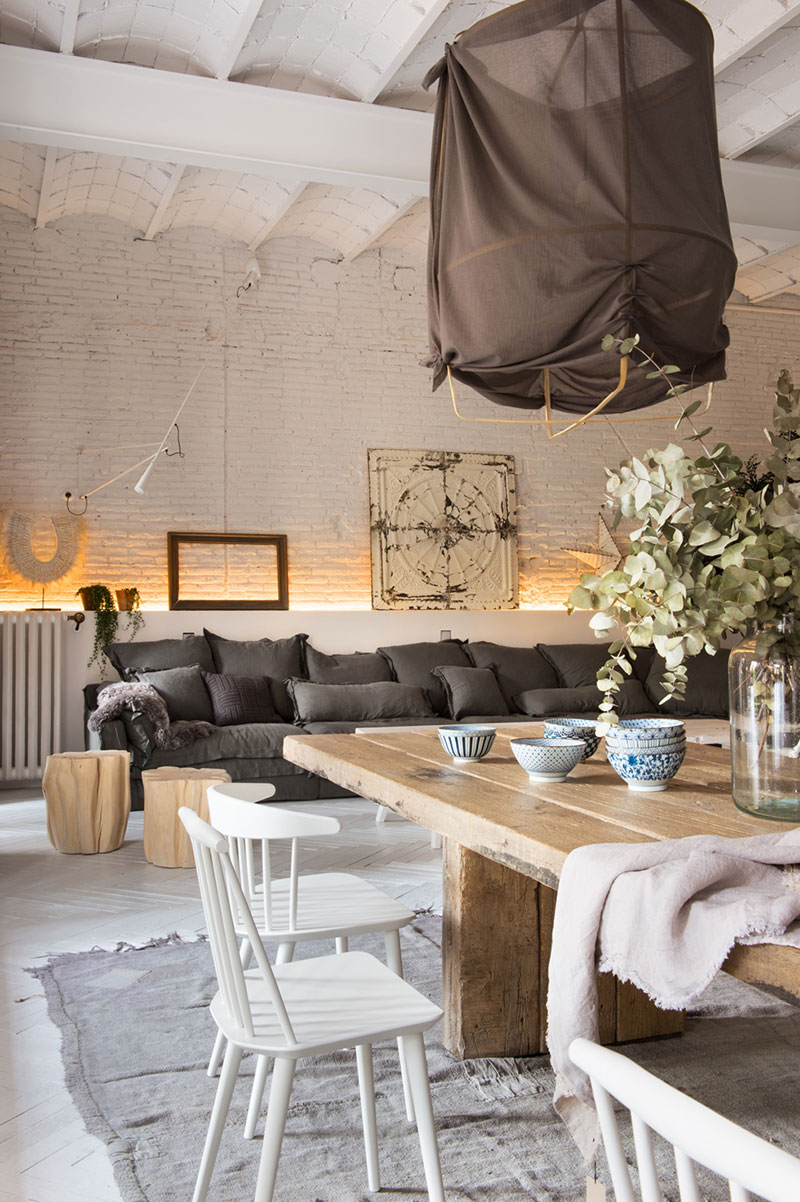 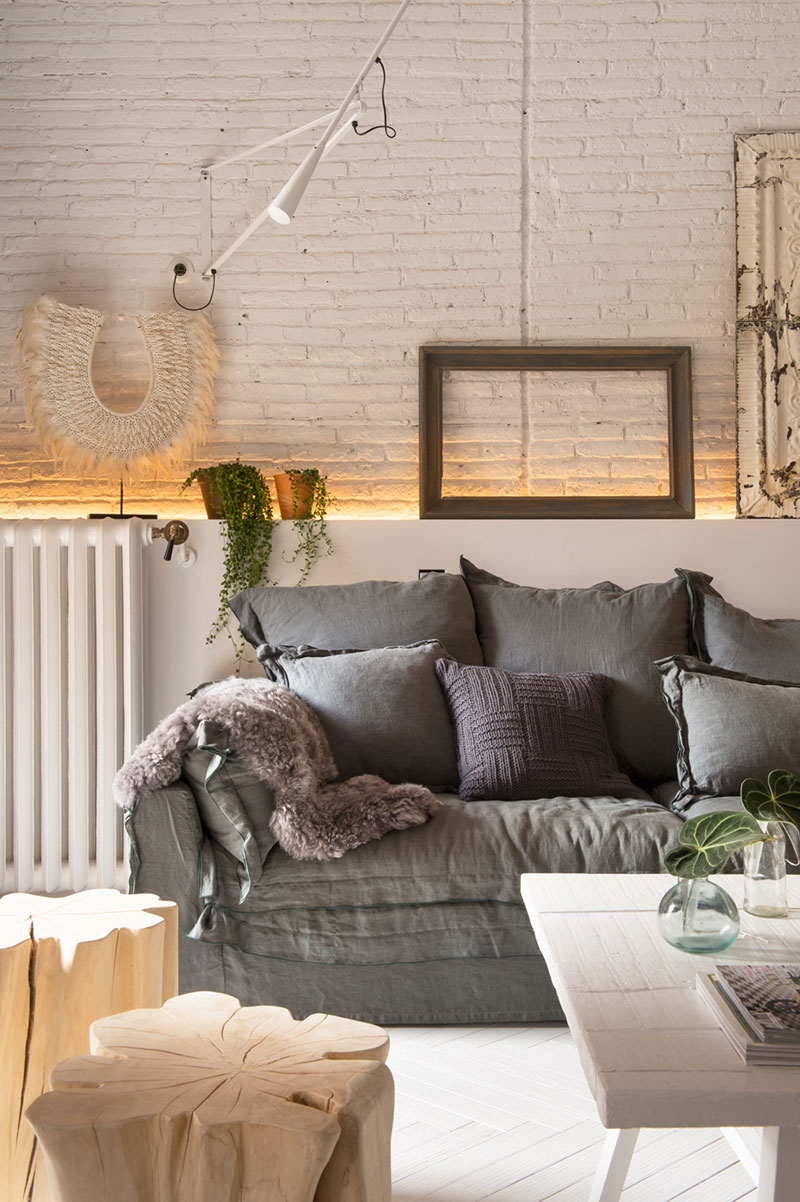 The impressive chimney is the centerpiece of the layout—dominating daytime living areas, such as the living room, dining room, and kitchen—and it was used as a highly decorative element to design a space brimming with personality and style, against a white color scheme with touches of black and gray to make the ambience even more interesting and unique. The three areas open out to a fabulous gallery, which has been turned into an oasis of rest and relaxation, thanks to the different settings created alongside it, under the same decorative concept.

The spectacular kitchen—designed by Marta Castellano-Mas on one of the sides perpendicular to the main area—opens out to the dining area and is the epitome of the perfect balance between functionality and impeccable aesthetics true to the Nordic style. 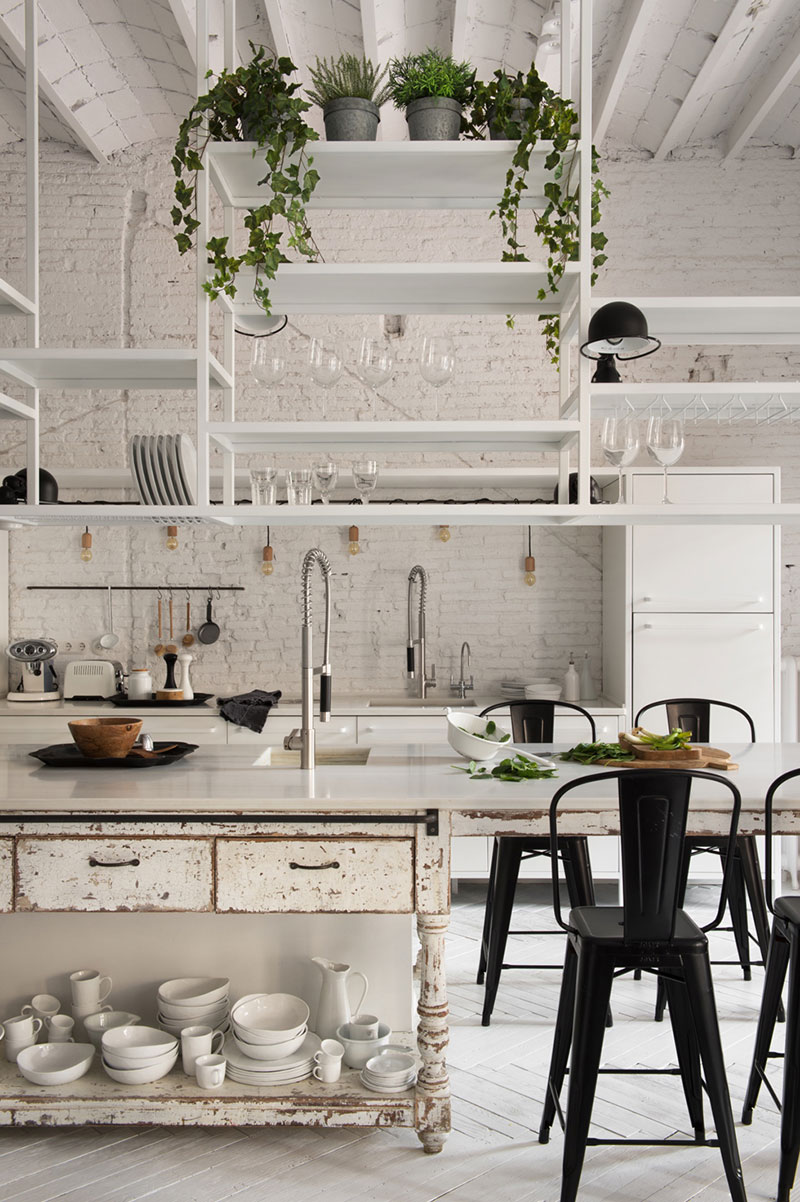 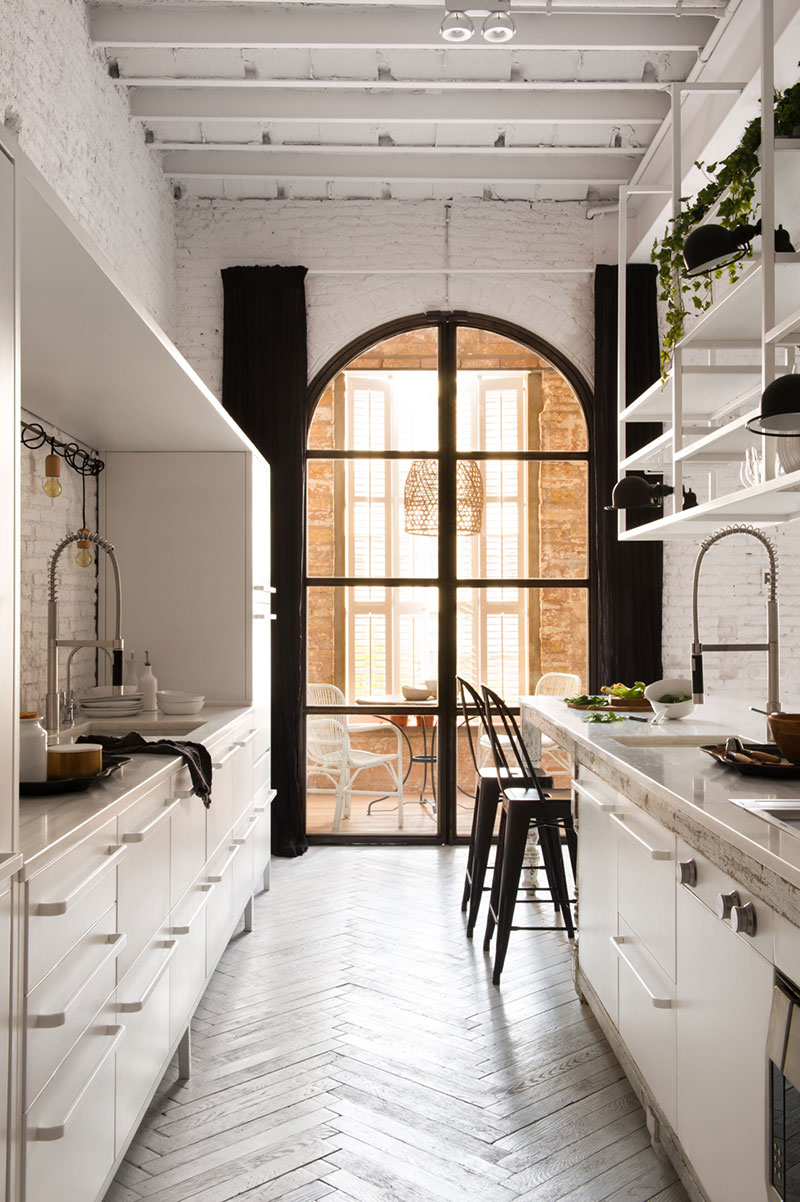 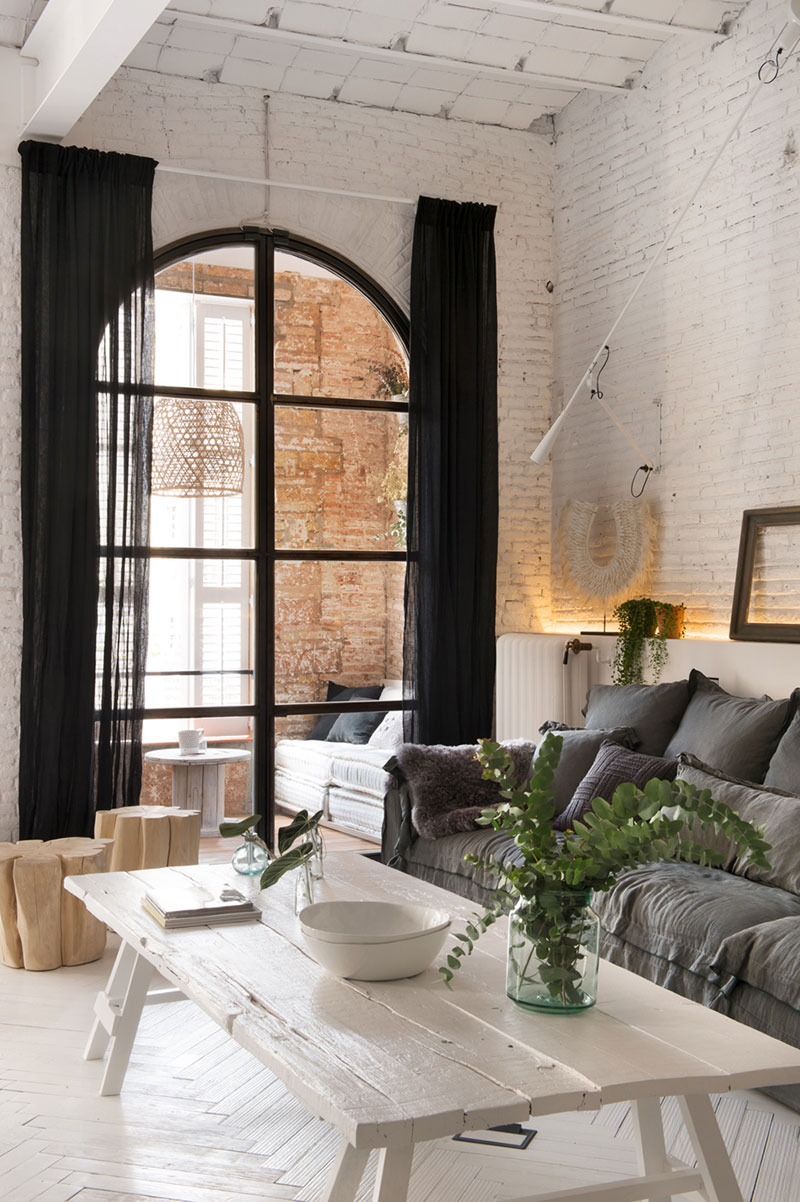 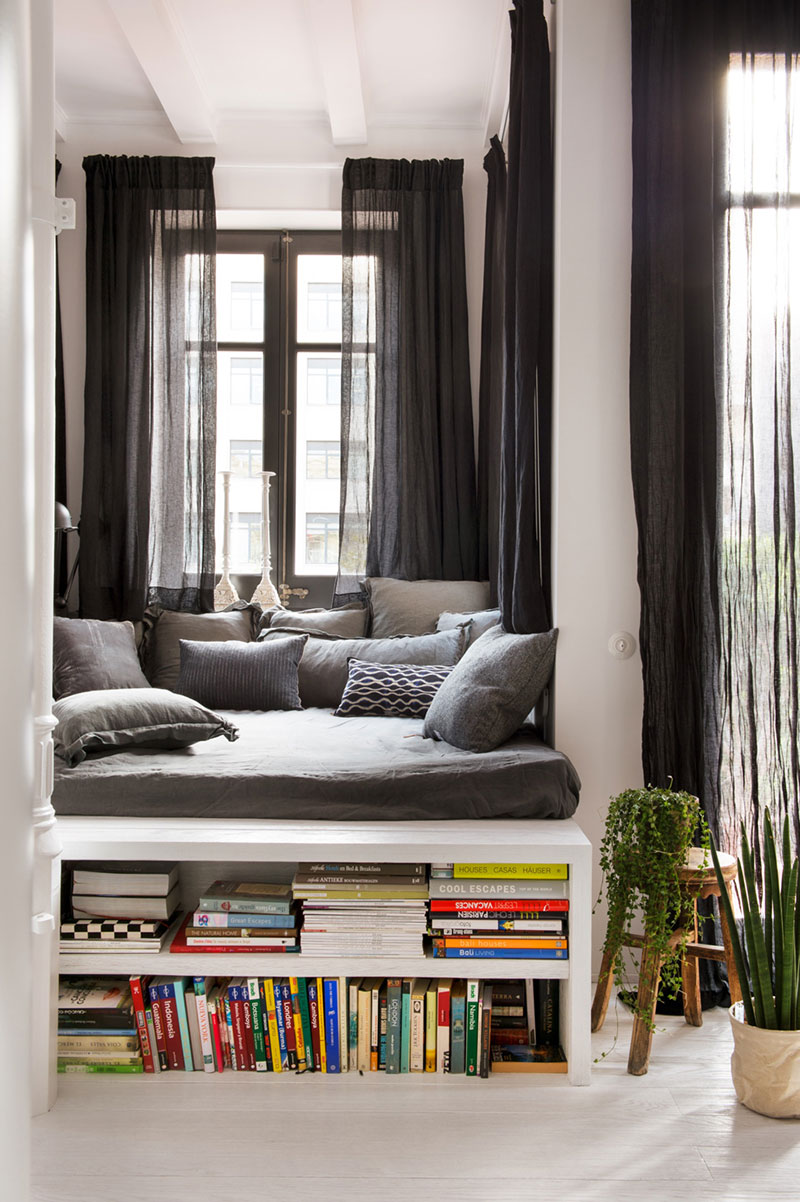 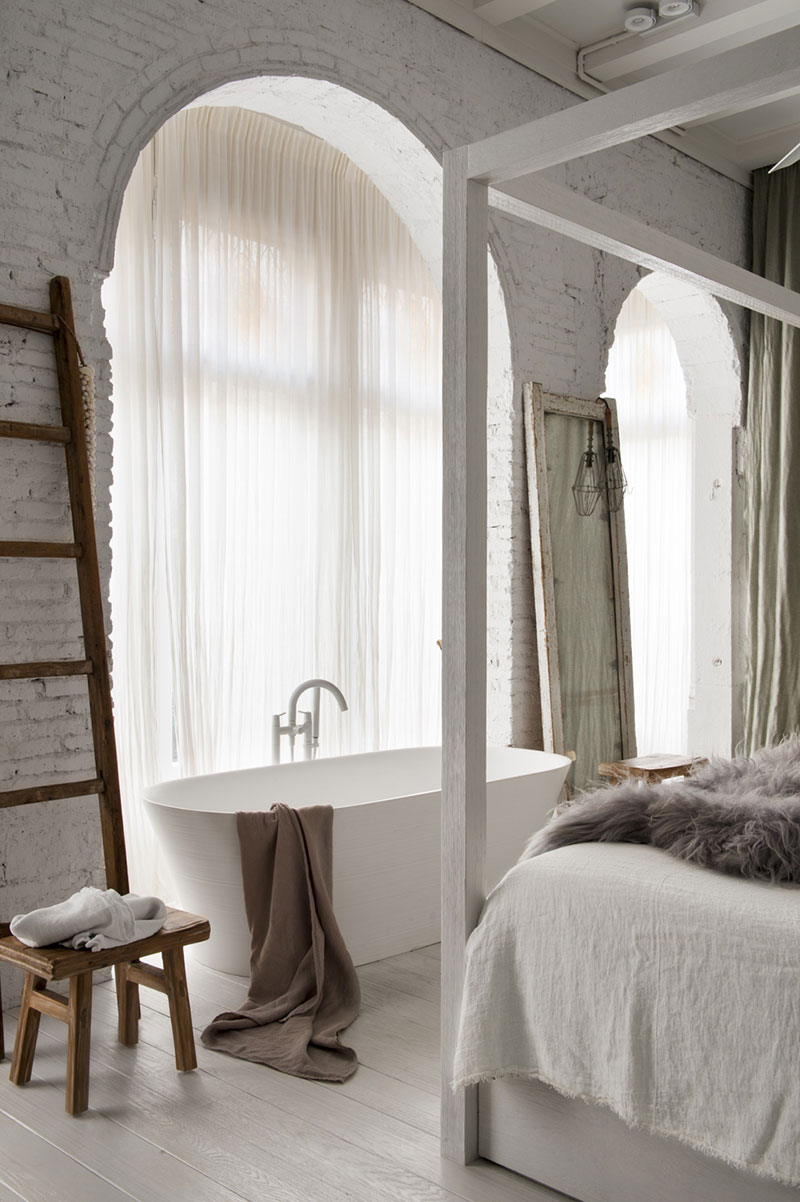 The exposed brick wall adds the right touch of industrial chic to the home, delicately nuanced by the layer of white paint covering it, as a contrast to the recovered vintage items and other elements with a decidedly Nordic style present. This renovation by Marta Castellano-Mas is a judicious blend of decorative and architectural styles inspired by different sources and aesthetic concepts, culminating in extraordinarily unique spaces.