If the Prado Museum , the Thyssen Bornemisza and CaixaForum Madrid are not-to-be missed museums and art centers in the capital, we couldn’t very well leave out the Reina Sofía Museum which, together with the newer Tabacalera cultural center, comprise Madrid’s Golden Triangle of Art. 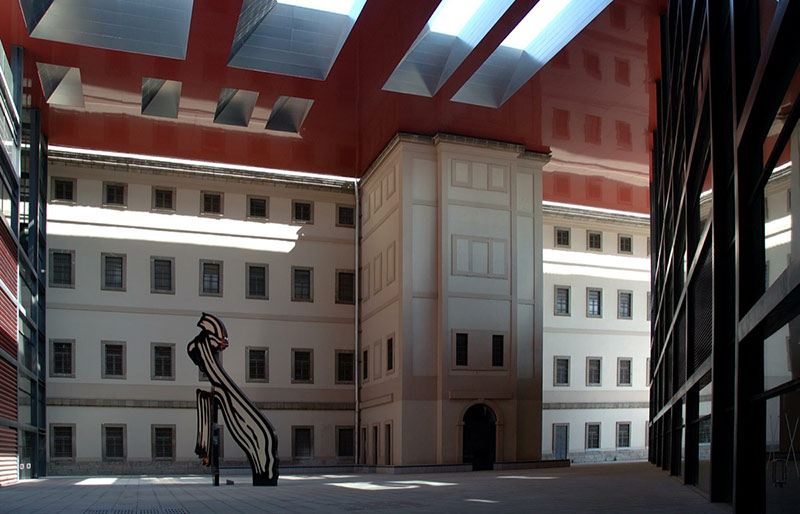 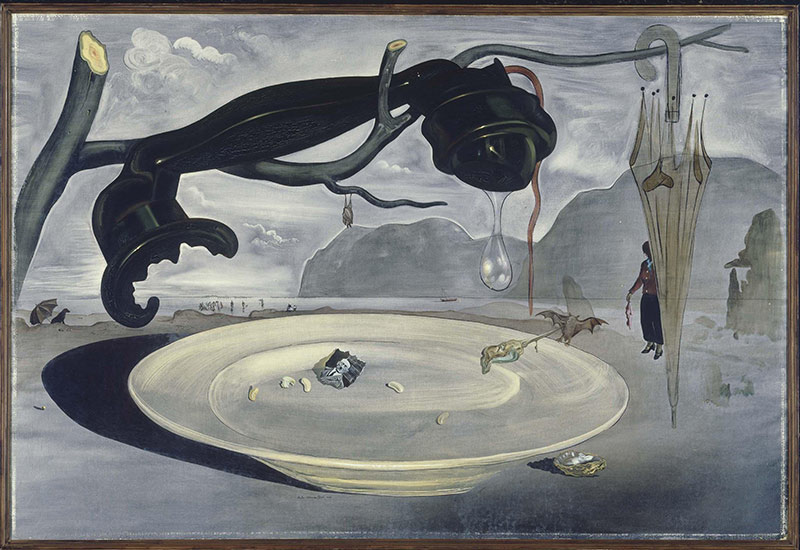 The Reina Sofía Art Center, more commonly known as the Reina Sofía Museum, is housed in an old building of the Madrid Hospital, an 18th century neoclassical building which was originally started by José de Hermosilla and later on continued by the Italian architect Francesco Sabatini.

After the hospital was closed in 1965, restoration of the building by Antonio Fernández Alba began in 1980. In April 1986, the Reina Sofía Art Center was opened, with the first and second floors of the old hospital used as temporary exhibit halls. In 1988, José Luis Íñiguez de Onzoño and Antonio Vázquez de Castro made the final modifications, among which, the three glass and steel elevator towers designed together with British architect Ian Ritchie stand out. 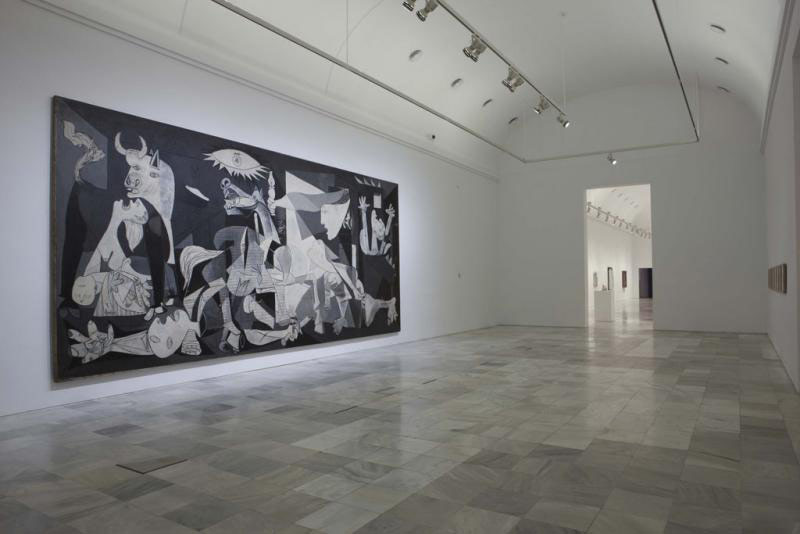 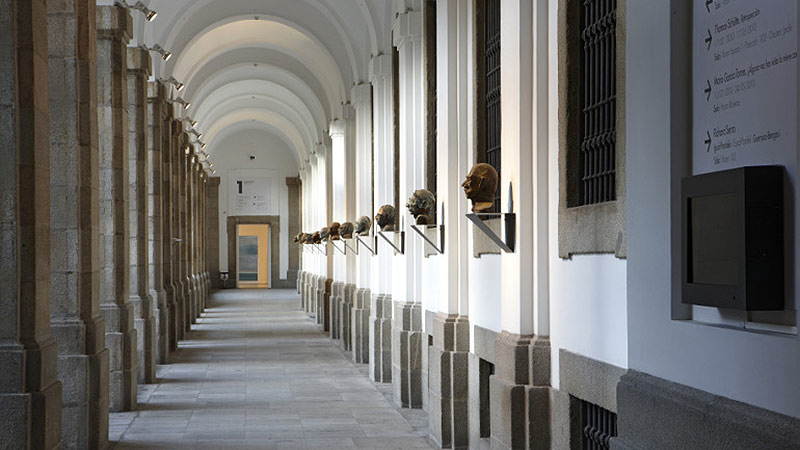 The museum was officially inaugurated in 1992, and the great French architect Jean Nouvel completed its most recent expansion in 2005.

Aside from serving as a venue for numerous activities and temporary exhibits of great artistic value, the Reina Sofía Museum has a fabulous permanent collection that includes works by great 20th-century Spanish masters such as Picasso, Dalí and Joan Miró. The Reina Sofía Museum’s collections of surrealist art, with Miró and Dalí leading the way, are rounded off with works by René Magritte, Yves Tanguy, Óscar Domínguez and Francis Picabia, while its collections of cubist art are comprised of works by Juan Gris, Georges Braque, Delaunay and, last but not the least, the great master of Cubism, Pablo Picasso. 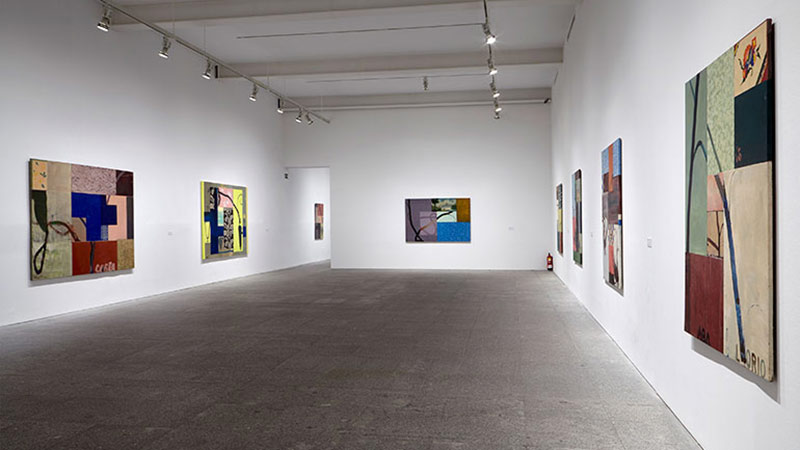 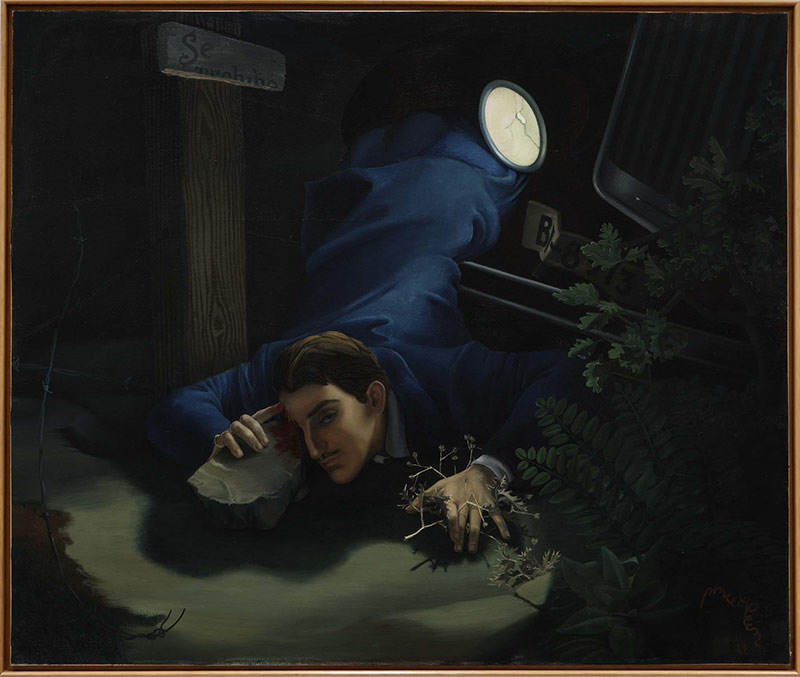 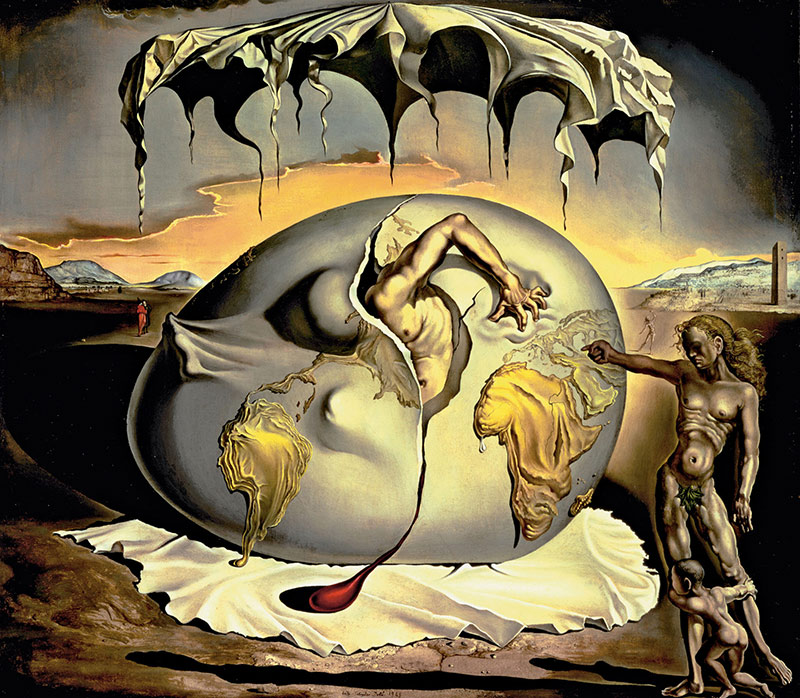 The permanent collection of the Reina Sofía Museum also includes works by Francis Bacon, Mark Rothko, Miquel Barceló and Antoni Tàpies, among many others, amounting to more than 21,000 works in all.

At present, the Museum’s collections continue to grow, including more current formats such as films and videos, to turn this great art center into an absolute must for art lovers.

Holidays: Check out the days on which it is closed

At the ticket office:

A pleasant 6-minute stroll along Paseo de las Delicias is all it takes to get from our building of designer apartments and suites, Eric Vökel Atocha Suites at calle Vizcaya, 9 to the Reina Sofía Museum.

And if you stay at the Eric Vökel Madrid Suites at San Bernardo, 61 right in the Malasaña neighborhood, it will only take you 36 minutes on foot or 20 minutes by public transport. 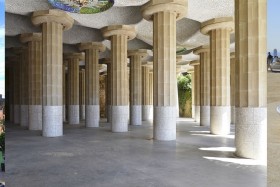