I am a lover of the elements of traditional architecture and local artisans, and that is why in my search for style and uniqueness for my apartments, I decided to use hydraulic mosaic tiles as original headboards for the rooms in our suites and apartments at Eric Vökel Boutique Apartments in Barcelona and Madrid. The motifs, colors and vertical borders provide style and personality to rooms that are already comfortable and original. 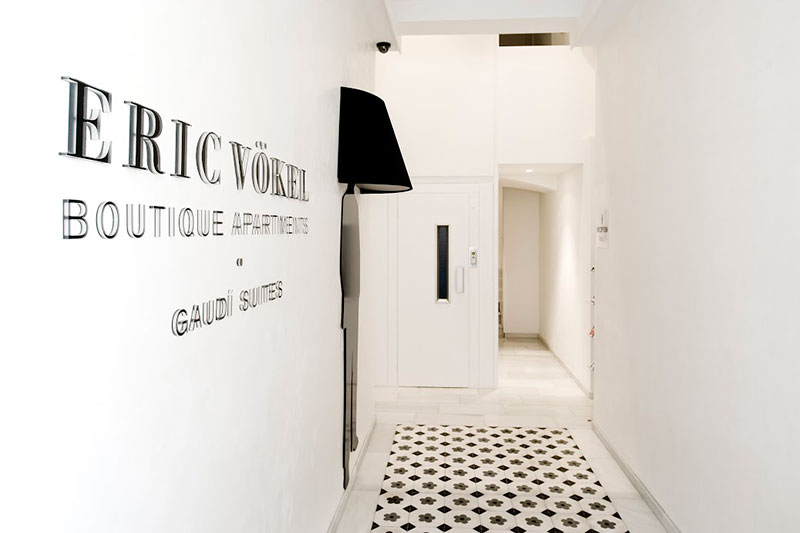 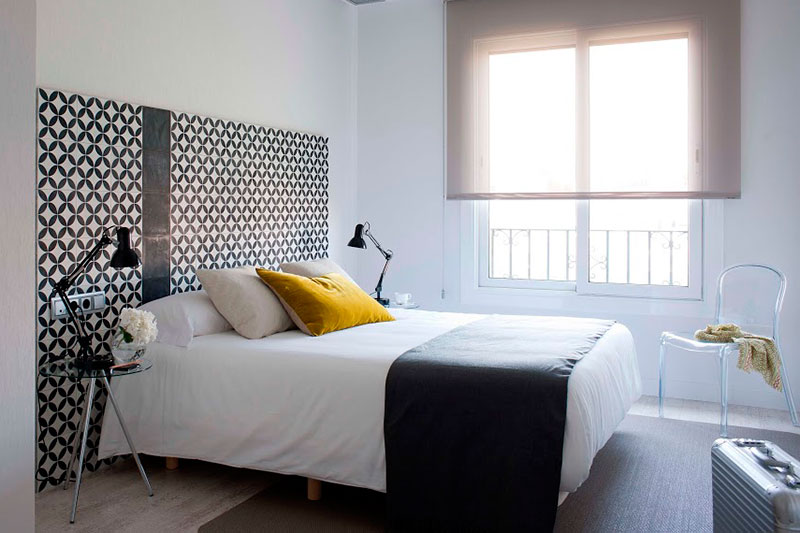 The geometrical and floral coordinates with the black and white; designs in grey and red, models in olive green, among other options, decorate our bedrooms with authentic elegance, so you can enjoy your vacation in Barcelona or Madrid in any of our charming hotels. 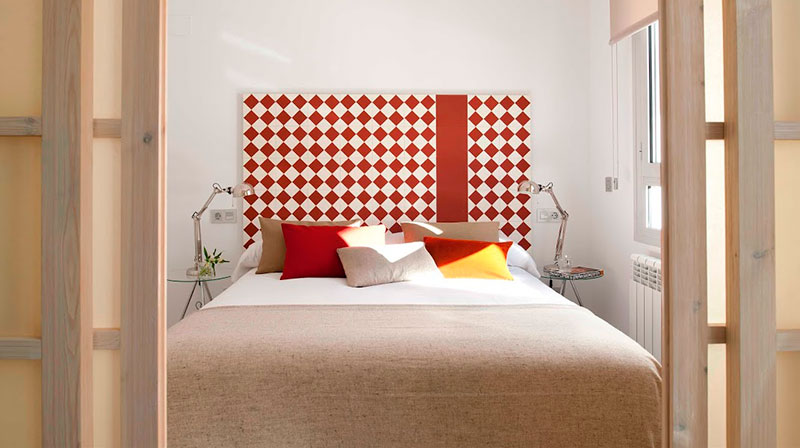 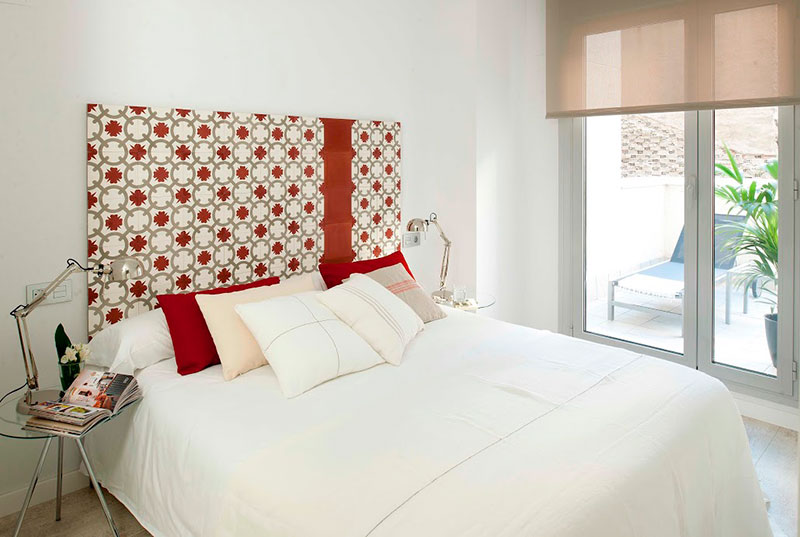 It is our modest and private homage to the essence of modernism, to the emblematic pieces created in the middle of the 19th Century in southern France, the place where they were invented, and have ever since covered the floors of the houses of high society and the bourgeoisie. 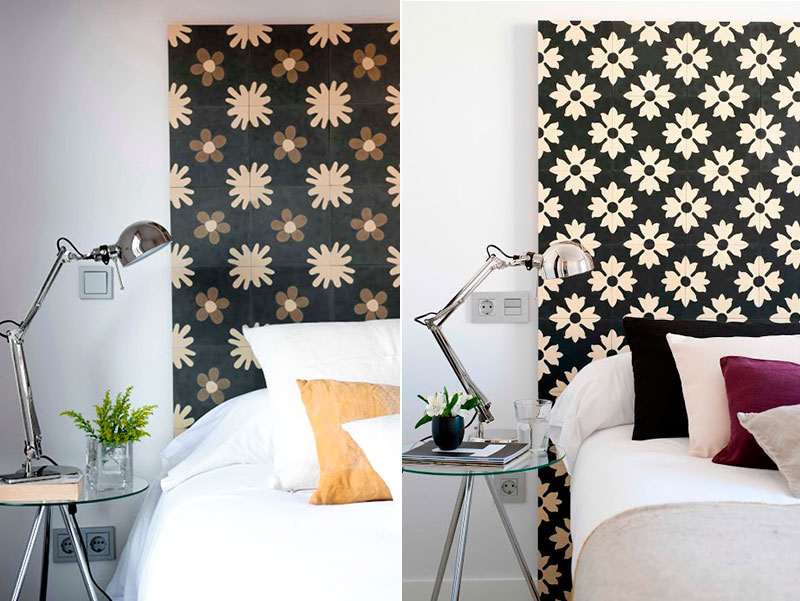 Its use expanded to the entire Mediterranean basin, especially in the city of Barcelona, up until the middle of the 60’s; and it became an emblem of modernism thanks to the designers and architects of that time such as the acclaimed Antoni Gaudí, Domènech i Montaner, Puig i Cadafalch i Enric Sagnier, among many others. Designs representing geometrical shapes, vegetables and flowers of incredible beauty, flooded these wonderful modern Catalan constructions.

Every piece was made completely by hand, one by one. Typically, the artisan selected the colors to be used, and prepared the clay with water and a mix of white cement: white marble powder, sand and pigments. After filling up the mold, it was put under a hydraulic press to compress it, without the need to bake it. Hence the name. 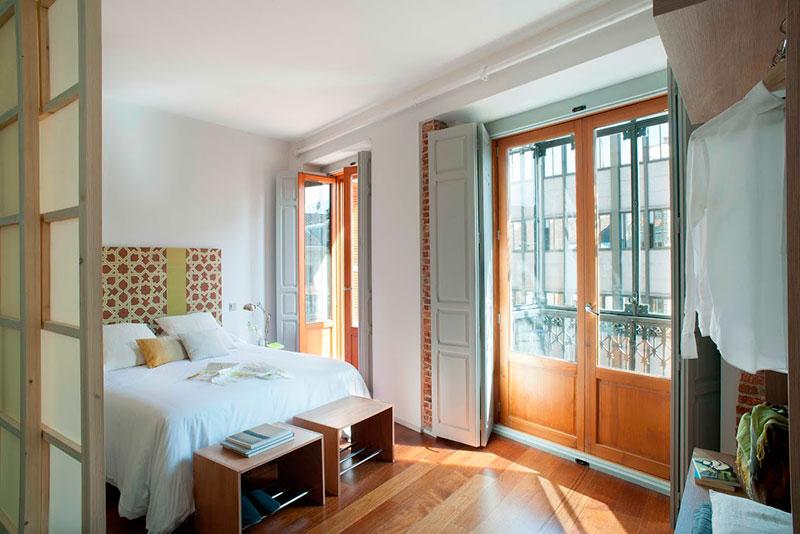 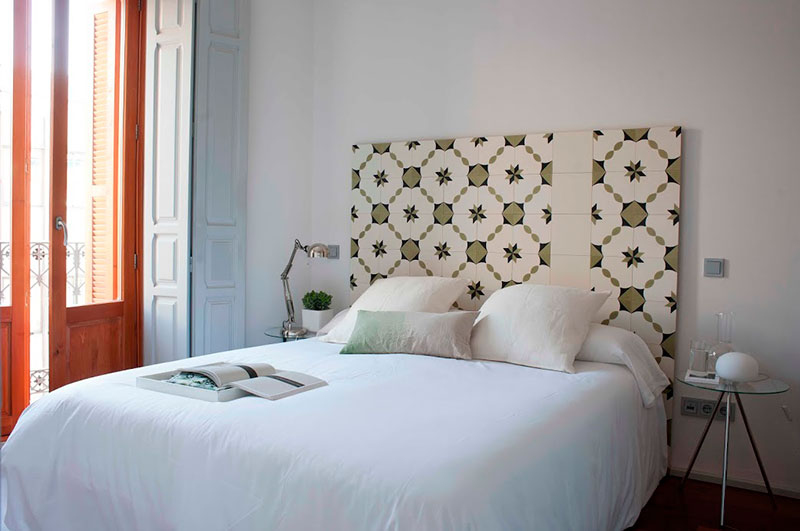 For decades, the laborious flooring of hydraulic tiles had been hidden under wooden slats or other types of flooring. Well into the 21st century, the original pieces were recovered and restored to be used again, adding decorative and aesthetic value which is unmatched in every home or business where they shine once again in all their splendor. In Barcelona we found one of the businesses that very carefully restore every one of these pieces, Otranto, which is dedicated to restoring furniture and elements of antique architecture since the 80’s. 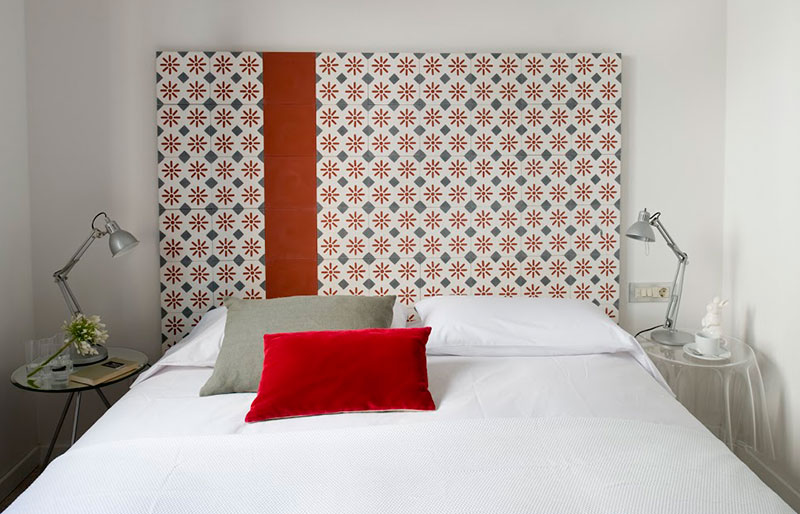 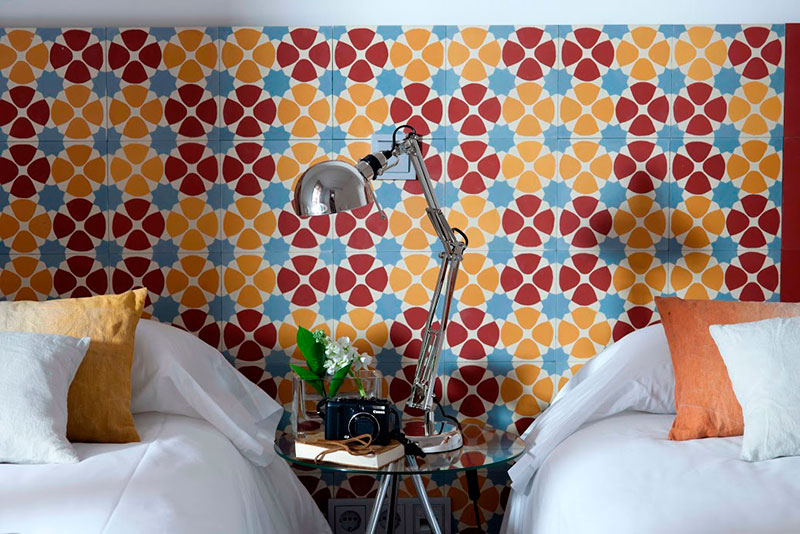 There are still factories that make hydraulic mosaic tiles traditionally, allowing for the creation of new designs with motifs and colors that are both modern and trendy.

The versatility of the tiles has allowed their use to go beyond their original purpose: we can cover furniture with hydraulic pieces, make models destined to protect the parapet in the kitchen, and use them for headboards with great personality and distinction, such as the ones we offer in each one of our rooms.