Just a few days ago I decided to take a stroll through the city where I was staying, Barcelona, to once again soak up the essence of the past in a district that I had once fallen in love with: the Born. The city’s economic hub from the 13th to 15th centuries, the period’s merchants built grand palaces there, some of which can still be found on a street called Calle Montcada.

It is steeped in history, and above all, art, mostly thanks to the opening the Picasso Museum in 1963. One of the city’s most highly regarded museums, it displays a vital body of the early work of the brilliant painter and sculptor from Malaga who, alongside Juan Gris and Georges Braque, were the founders of the Cubist movement. 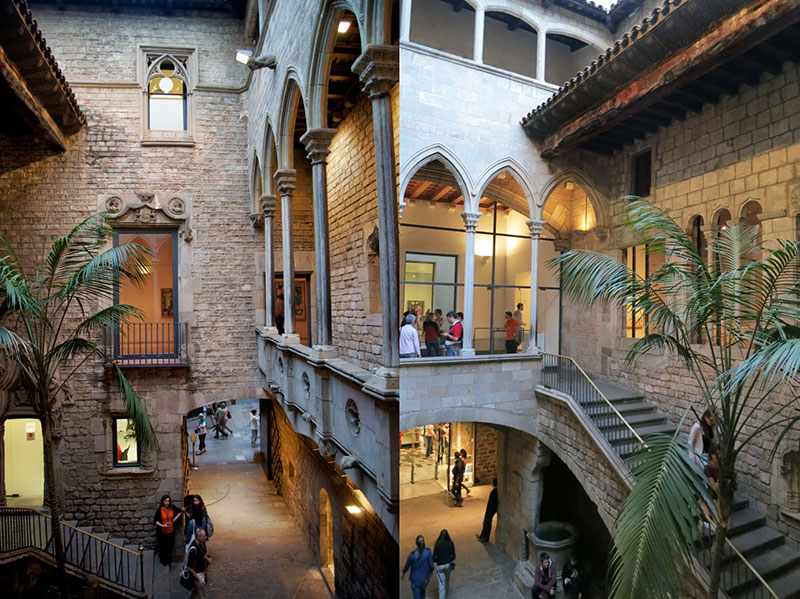 One of the greatest and most universal artists, Picasso had deep ties to Barcelona, from his adolescence and early years to his period of full artistic maturity.

My particular Picasso route begins in the Els Quatre Gats, the mythical restaurant and coffee shop where Pablo Picasso put on his first solo show in February of 1900. 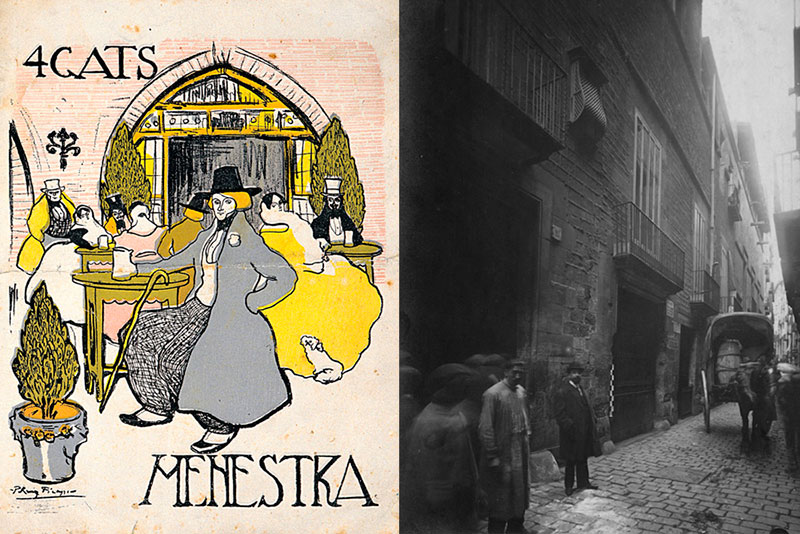 It is one of the landmarks of Catalan modernism, where artists of the likes of Picasso, Ramon Casas, Santiago Rusiñol, Isaac Albéniz, and Antoni Gaudí, among others, would hold ever so Parisian-style artistic salons.

Just a few minutes and a winding walk through centuries-old streets and alleyways separate the Els Quatre Gats from the Picasso Museum, a jewel truly indispensable for art lovers. The museum is spread over five stunning palaces on Calle Montcada built between the 13th-15th centuries, all thoroughly renovated over the years, but perhaps the best work was done in the 18th century. It is an impeccable example of Catalan Gothic construction, rising up around an extraordinary courtyard and an open exterior staircase leading to the main floor.

The Barcelona Picasso Museum is the world’s center of reference for exploring the early years of this brilliant painter and sculptor. The young artist’s creative originality and intelligence reveals itself through the 4,251 pieces that make up the permanent collection.

First opened in 1963, the Picasso Museum transports the visitor to the artist’s unique, personal universe, forged after years of research and development. It includes his early blue period, which features Pablo Picasso’s first donation to the city: Harlequin, a great masterpiece dating from 1917. Another is the Las Meninas, a series of 58 canvases painted in 1957 that were donated by the artist himself in 1968 in homage to his late friend, Jaume Sabartés, the founder of the Picasso Museum. 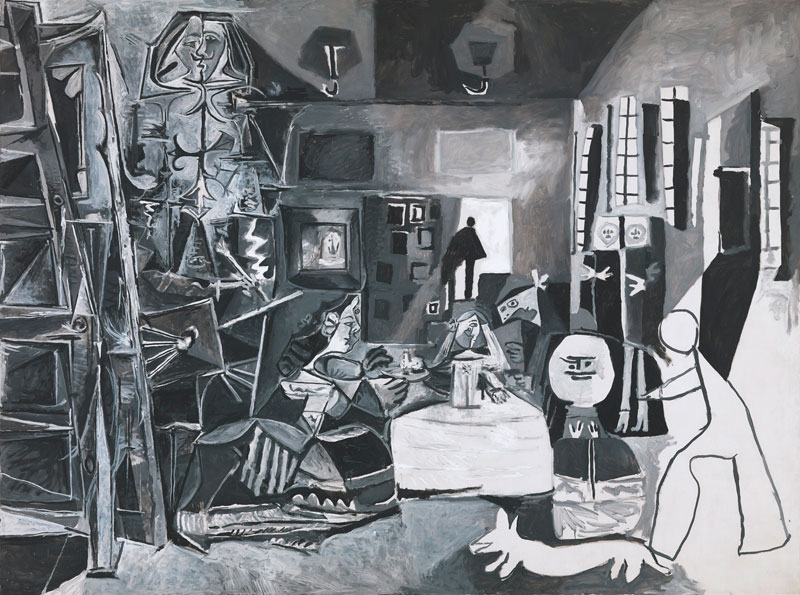 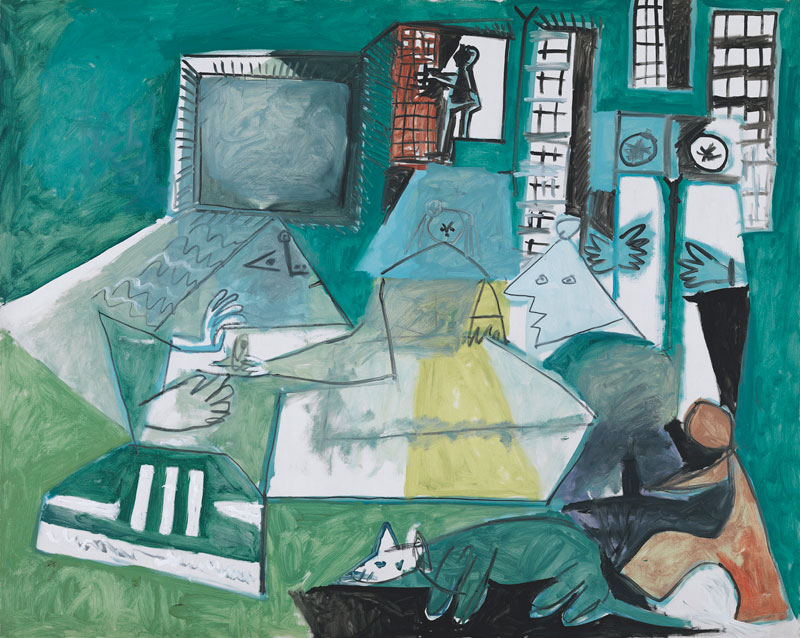 Of all the pieces that fascinate and hypnotize me from the Picasso Museum’s permanent collection, I can’t help point out the humanized maternity in the figures of his 1903 piece Motherhood, a recurring theme in the artist’s work, reflecting the heavy social, personal, and psychological weight of the characters it represents, and the Portrait of Jaume Sabartés with ruffs and cap, painted in the French coastal city Royan in 1939, a piece that adheres to the principles of the era in which Pablo Picasso lived, and one of the many portraits he made of his close friend. Another favorite is a work in pastel on canvas created in his beloved Paris in 1901, The End of the Number, which shows the moment in which the star Yvette Gilbert -although her identity is not confirmed- smilingly greets her audience after a performance in the mythic Olympia and, of course, the already mentioned Harlequin and the Las Meninas series. 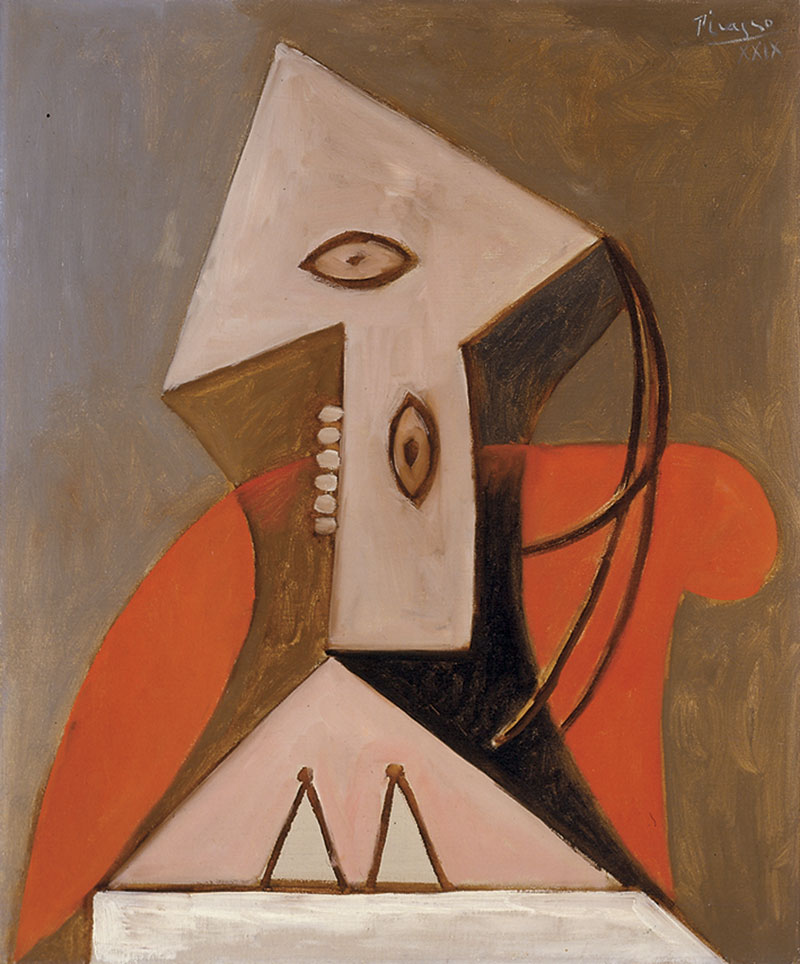 Sometimes, my stroll through the Born neighborhood starts and ends in the Picasso Museum, overwhelmed and entranced by the Stendhal Syndrome, which signifying all the greatness and brilliance of this most universal Spanish artist. Inimitable and irreplaceable. 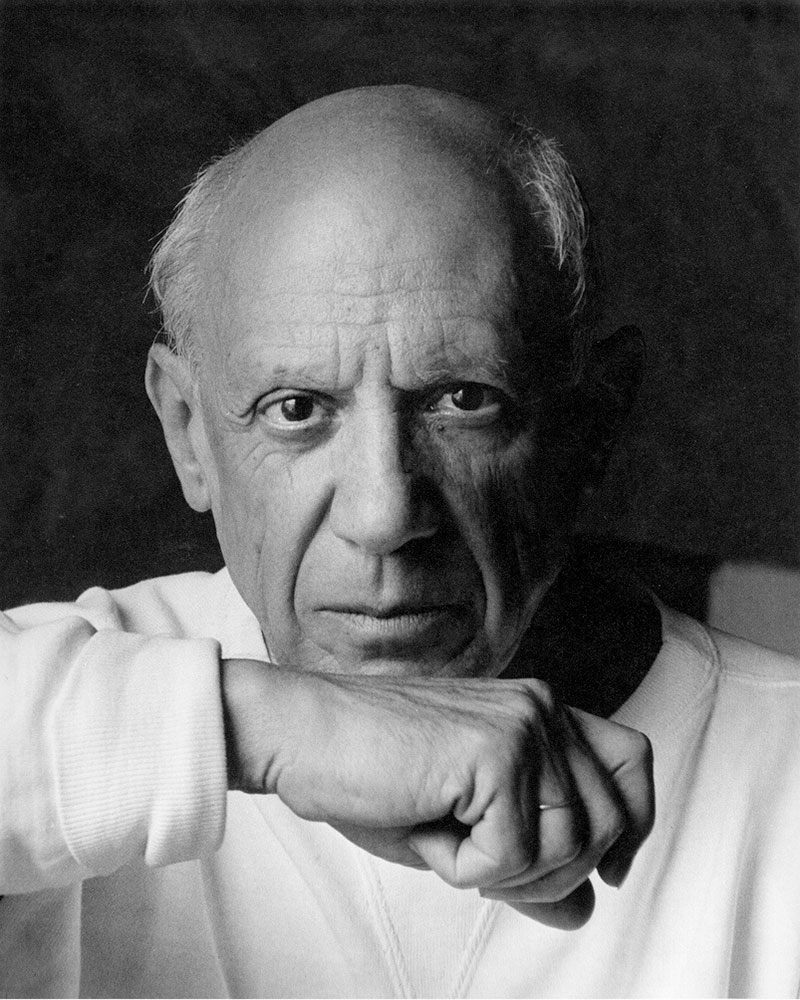