Casa Batlló is one of the most emblematic works by the brilliant architect, Antoni Gaudí—the greatest exponent of Catalan modernism—, built between 1904 and 1906 right on Passeig de Gràcia, one of the city’s most important thoroughfares. 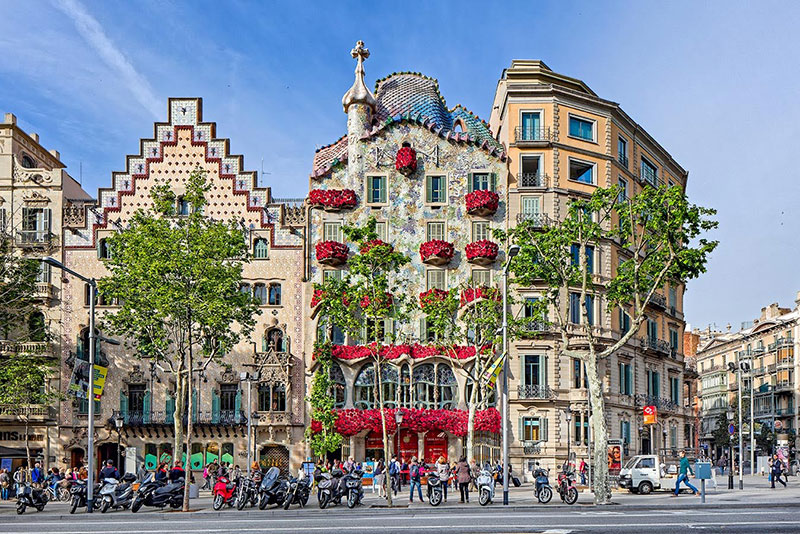 It was a complete remodeling of an already existing building, which had been built by the architect Emili Sala i Cortés, one of Gaudí’s professors. With this refurbishment, he managed to transform the original building into a genuine showpiece, whose facade is the epitome of imagination and fantasy, becoming one of the most iconic and most photographed monuments of Barcelona.

Located in the so-called “Block of Discord”, together with other works by great modernist architects such as Casa Amatller—the building adjacent to Casa Batlló, a work by Josep Puig i Cadafalch—, Casa Lleó Morera by Lluís Domènech i Montaner and Casa Mulleras by Enric Sagnier, Gaudí’s gem is a masterpiece of shape, light and color, a true wonder of ornamental design admired the world over. 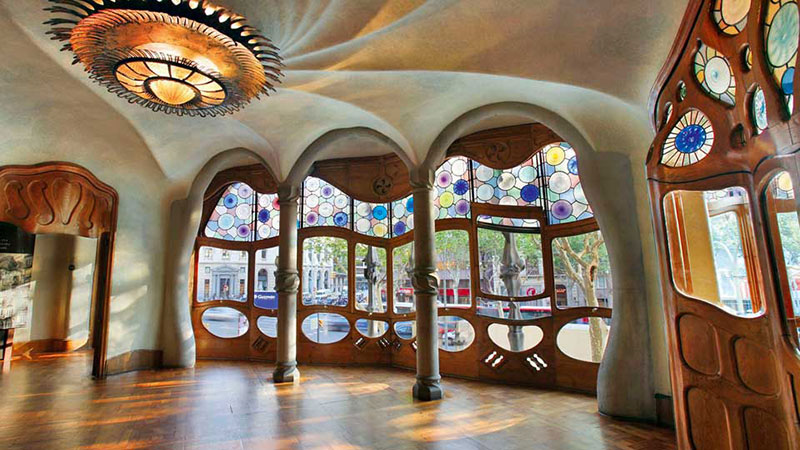 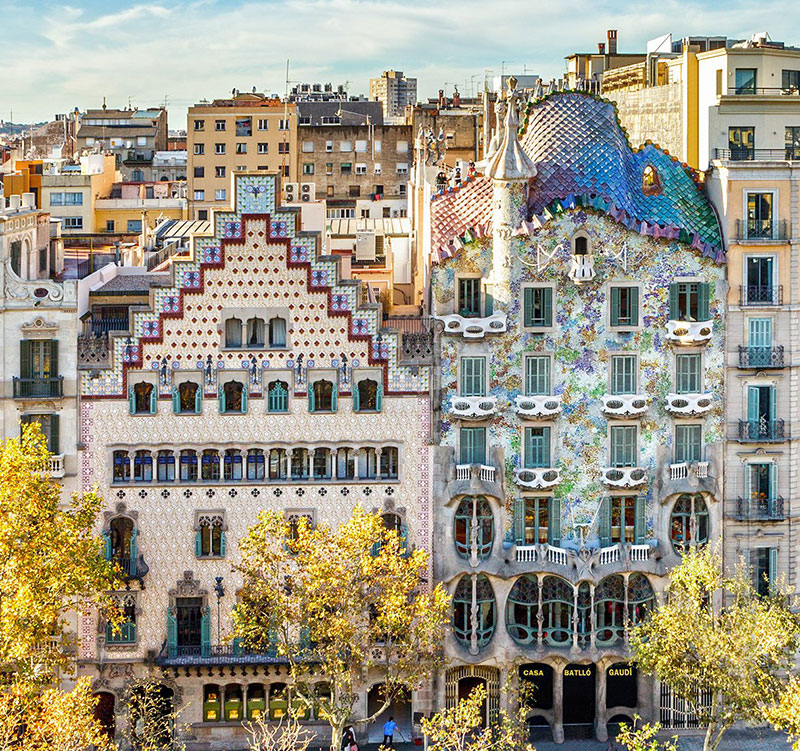 The Batlló family, one of the most prestigious families in Barcelona’s textile industry, commissioned Antoni Gaudí to redesign the building, turning it into one of the most fabulous residences brought to life by the architect’s imagination, which was given free rein to let creativity and ingenuity flow.

Gaudí’s influence on Casa Batlló can be clearly seen on the facade—an arrestingly unique work made of stone and glass, with its characteristic undulating shape covered with a mosaic of fragments of colored glass and ceramic discs. The facade is crowned with a roof in the shape of an animal’s back and large iridescent scales. 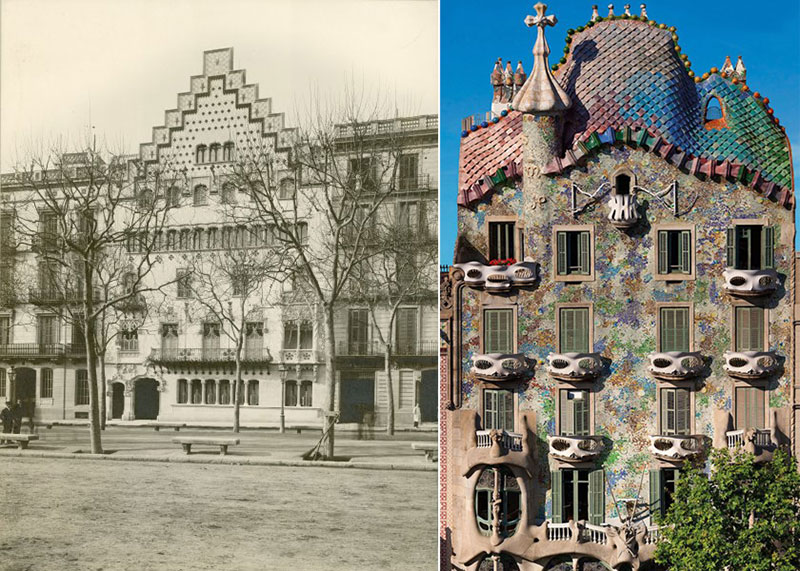 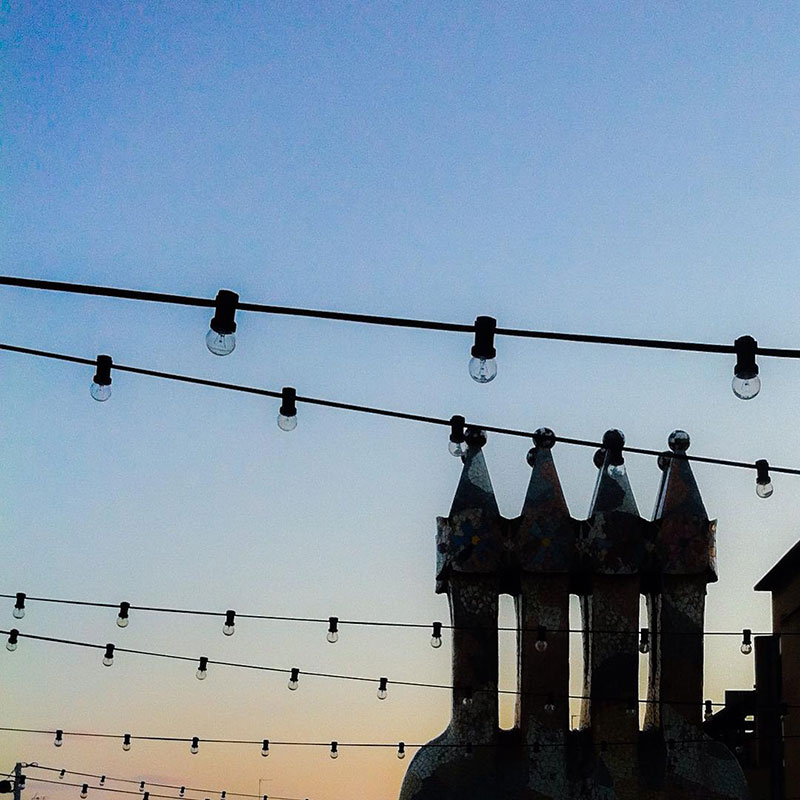 The Noble Floor of Casa Batlló is where the Batlló family lived until the mid-1950s. Gaudí changed the layout of the rooms, using partition walls with undulating shapes, creating multipurpose areas whose exquisite decor have turned them into works of art in themselves.

The inner courtyard has become one of the most important areas of Casa Batlló; its walls covered with differently hued textured blue tiles are an ornamental marvel that is definitely worth a visit.

If you stay at one of our buildings of designer apartments and suites in Barcelona, at Eric Vökel Boutique Apartments, and you’re wondering what you can visit in Barcelona, Casa Batlló is one of those places that you can’t miss out on.

You’ll enjoy a unique artistic and life experience—a trip to the most imaginative and brilliant past of the most universal architect of Catalan modernism.

The visit lasts approximately an hour.

The visit includes the legendary Noble Floor (the former residence of the Batlló family), the Loft (the former storage areas and laundry rooms), the Attic and the mythical Chimneys (where the famous back of the dragon defeated by Saint George is found) and the fabulous Inner Courtyard (the staircase that was used by the neighbors). This visit is rounded off with the splendid Vestibule and Main Staircase.